From Fresno Soccer to Hollywood Acting 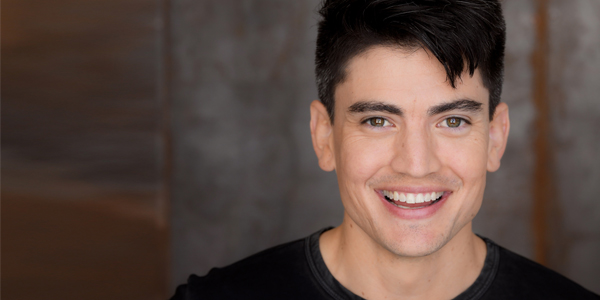 From Fresno Soccer to Hollywood Acting

This month’s alumni story is taken from Karl Dewazien’s (BA ’78) blog on his website: FUNdamental Soccer. Gabriel was a guest contributor on the blog, and permission from both Karl and Gabriel has been granted.

It’s one of the days during the week, right before the lunch hour. Let’s call it Tuesday. I’m in a casting office waiting room somewhere in Los Angeles. With me are anywhere from four to twenty other guys wearing soccer gear. Some have their socks pulled all the way up—some with shin guards, some without. Some have cleats, some have flats. Some are wearing jerseys, others have plain shirts. Just about everyone has a ball. We’re all signed in and I’m up next.

Ok be cool. Be cool. Relax. Make sure you take your time. Breathe. Look at the camera. Should I look at the camera? I’ll look at the guy behind the camera. What’s more natural? Should I look at both? Who even watches these videos? Just smile. Be cool. Be natural. Ok ok ok. You can do this. You got this. Easy stuff. What am I going to say this time? Should I say something different? What did I say last time? I didn’t book the job last time so maybe I should say something different. I wonder what they’ll ask me to do. Whatever it is don’t overdo it. Keep it simple. Nothing fancy. Confidence. Breathe. Pay attention. Control. Keep the ball under control. Just keep the ball. Under. Control.

The door to the audition room opens. I study the face and body language of the guy walking out. He looks happy. Satisfied. Accomplished. I notice his socks are pulled all the way up. Should I pull mine up? I look down. I’m wearing ankle socks.

As the casting assistant made clear, my name is Gabriel Ramirez. I am an actor from Fresno, CA now living in Los Angeles. At this point in my career I’ve worked on one television show, one movie, and several commercials. What do these jobs have in common? Soccer. I was Ho Jin Su, the right back for the LA Riot in Robert Rodriguez’s original series Matador. I was a member of the Calton College men’s team in Aymen Khoja’s 2018 film Shoot. And in 2017 I booked my first national commercial, a Sprint spot featuring David Beckham (yes, he had the pleasure of meeting me and yes, he smelled incredible). Now, before you go googling things, I should tell you that none of those jobs were speaking roles. Don’t go expecting to find me delivering a rousing half-time speech to my teammates before heading back out to the field just to overcome some insurmountable odds. That role, and others, are yet to come. Still, it’s through soccer that I am now on this journey of studying and pursuing acting.

Over the years I’ve developed a number of passions, some lasting longer than others. Acting is the latest to join the list.  Soccer, on the other hand, is the veteran. The OG. It is the first, could very well be the last, and is definitely a part of my everything. Somewhere tucked away at home—only my mom knows—is a baby picture of me sleeping in the crib with a plush soccer ball. It makes sense when you consider my dad, Jaime Ramirez. He grew up playing in the streets of Mexicali, Mexico. He loved the game and it was in those streets where his flame of passion was lit and fueled. By the time February 1988 rolled around take a wild guess whose infant torch caught some of that flame. That’s right. Indiana Jones couldn’t have lit his any faster in a blacked out snake pit.

Being the youngest of three I was thrust into the Ramirez family soccer world. I couldn’t escape it. Soccer was always on the TV at home. “But Gabriel? What if you weren’t at home?” Games. My brother’s games. My sister’s games. My dad’s games. If my dad wasn’t playing Sunday league, he was coaching the Fresno Pacific University men’s soccer team. FPU was my second home, the men’s team my second family. When my dad helped form the FPU women’s team in 1998 that family grew even bigger. I was always at FPU training sessions and went to almost every game. Even my mom got into coaching for a while! She didn’t know anything about soccer before meeting my dad. It was contagious.

My passion for the game was fueled on the fields of Southeast Fresno. I joined my first team—The Ayer Elementary Bears—when I was five years old. When I was nine I joined Roosevelt Revolution and spent most of my club career there. After graduating from Roosevelt High School I went on to play at Fresno Pacific University. Between practices and games you could often find me striking the ball in the FPU racquet ball courts, juggling in my backyard, or kicking around with my friends anywhere we could. Simply put…I played a lot. Soccer, to this day, is what I know best.

In order to have booked my acting jobs I needed the fundamental skills expected of a soccer player. The first job I ever booked was the TV series Matador and that audition was a straight up, no fuss, soccer try out. There were a lot of players and we ran passing and shooting drills in groups. The Sprint commercial? I was in a room with a low ceiling and had to juggle a volleyball that wasn’t even pumped up all the way. Am I the only soccer player in Los Angeles? Not even close. Am I the best? Far from it. So how did I book those jobs out of the hundreds, maybe even thousands, of people who auditioned? Aside from my abilities with a ball, it could have been that the casting director liked the color of my shirt. Could have been that one of the producers had a childhood friend named Gabriel. I’ll never know, that’s out of my control. All I can do is be present in the moment, have confidence, and do what I’m asked to do.

While my technical abilities have been necessary for booking these jobs, soccer has given me so much more than the ability to kick a ball on command. What I’m truly grateful for are qualities like discipline and resilience. The ability to take direction. How to listen and communicate well. Good practice and preparation habits. These are things that I value as an actor, especially now that I’m exploring roles more complex than “soccer player #2.” My game days are every audition, every scene I put up in class, and every opportunity to work on set. Just like in a game, I’m constantly making choices. Some work better than others and some don’t work at all. When they don’t work is when I have to depend on those qualities to keep me from giving up on the spot. And when they do work? It’s like a beautifully orchestrated play when the ball starts from the back, works its way upfield, and smashes into the back of the net.