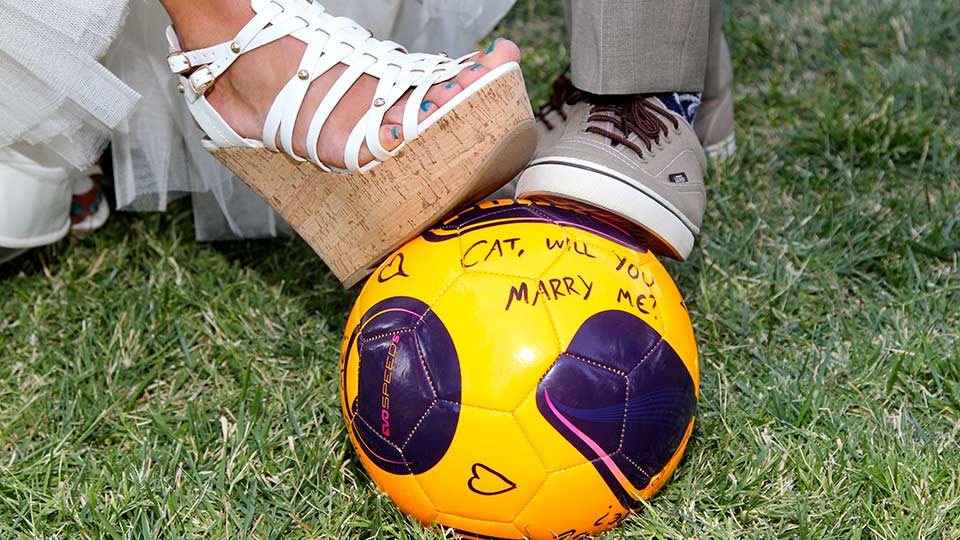 In the fall of 2009, Steven Waite (MA ’15, BA ’13) transferred to FPU to play soccer. The first person he met while he was wandering around trying to find the soccer field was Catherine “Cat” Michaelis (TC ’14, BA ’12). As it turned out, they both played goalkeeper.

For the next couple of years, they spoke only of the one thing they knew they had in common—soccer. But on a bus trip back to Fresno from playing Point Loma, their friendship began to take a different turn.

They began dating in 2011, and in 2013 Steven proposed to Cat at the steps to the Seminary Rose Garden—where he had first asked her to be his girlfriend—using a soccer ball on which he had written, “Cat, will you marry me?” Now nearly three years into married life, Steven and Cat are as busy as ever. 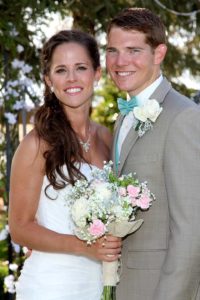 Cat teaches freshman math at Sanger High, where she also coaches soccer, cross country and track and field teams. She loves to coach and the kids make the challenges worth it. “They drive me crazy sometimes, but I enjoy watching them mature and develop. I am like a mentor for them and they are like my little sisters,” she said.

Steven is also teaching, only at the collegiate level. At several colleges, in fact: FPU, Stanislaus State, Fresno State and Clovis Community. Steven is passionate about higher education and continuing his education in kinesiology and the study of the human body. “I love the challenge of teaching college students, they are always making me look up the answers and helping me learn, too,” he said.

Being active is nothing new for this couple. Immediately after graduating with her B.A., Cat jumped right into the credentialing program at FPU. Steven also continued his education at FPU, beginning a master’s program in exercise science. He is currently working on his Ph.D. in health and human performance from Concordia University, Chicago.

Cat was quickly assigned a school as a student teacher while Steven taught labs and some general education courses at FPU. Steven “fell in love with teaching” while he was in graduate school and teaching various labs and classes. And while Cat loves to teach, “no matter what happens, I want to continue to coach,” she said.

In addition to being successful student-athletes—Cat ranks fifth all-time in program history with 187 career saves, fourth in program history for goals against average, third in program history with seven career shutouts and was named GSAC Defensive Player of the Week, and Steven was starting goalie for the GSAC champion Sunbirds in 2011 and has 97 career saves—they were also active in other ways on campus. Steven was a part of student life and Cat was involved with student government. They have maintained close contact with many friends and teammates from their undergraduate years, and Steven is still active in the FPU community by serving on the Alumni Council.