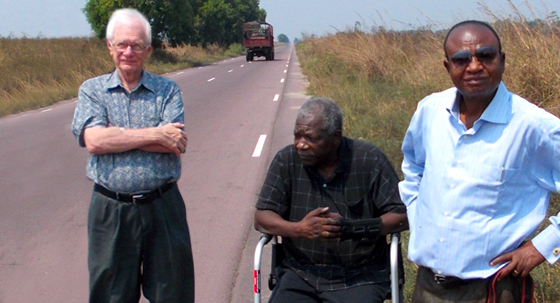 I learned to know Pakisa Tshimika and Pascal Kulungu when they were students at Fresno Pacific University and I was professor and academic dean. Since I retired from fulltime teaching in 2002, I have been privileged to walk alongside them as they have served the church and civil society in their home country of the Democratic Republic of Congo. Following is a brief summary of their stories.

Though Pakisa and Pascal grew up together in the southwest Congo village of Kajiji near the Angolan border, they came to study at Fresno Pacific at different times. Pakisa came fresh out of the Mennonite Brethren high school in Kikwit, a city about the size of Fresno-Clovis, where they had studied together. Pascal, on the other hand, continued his studies in the teacher training institute in Kikwit earning teaching diplomas in 1973 and 1978. Beginning in 1973, Pascal taught in MB elementary and secondary schools including serving as headmaster of the MB school in Kafumba near Kikwit from 1979 to 1985.

Pakisa, in the meantime, pursued his higher education at Fresno Pacific, graduating with a B.A. in Natural Sciences and minor in psychology in 1978. His studies at Fresno Pacific had been interrupted by a tragic automobile accident in which he suffered a broken neck. His dream of training to be a medical doctor to his Congo people was not to be. But resilient as always, Pakisa adjusted his dream and pursued graduate studies in public health, earning a Masters of Public Health in International Health from Loma Linda University’s School of Public Health in 1981, and a doctorate in 1991.

Beginning already in 1984, Pakisa served Mennonite Brethren Missions and Services, now MB Mission, as Assistant and then Director of their Program for Africa. Again Pakisa and Pascal’s lives intersected. In 1985, Pascal was called from his work as school headmaster in Kafumba to the position of administrator of the MB Hospital in Kajiji, serving a large rural region surrounding their home community for which the MB Church in Congo is responsible. He served in this capacity until 1994, when he began further studies at Fresno Pacific. 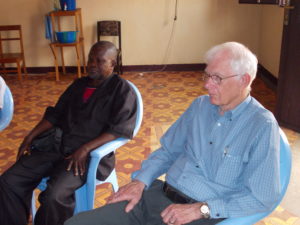 In 1994, Pascal, already an established teacher, headmaster and hospital administrator, was sent to Fresno Pacific for further studies. Though earlier he had earned diplomas in Congo in teacher education, he now pursued a second Bachelor’s Degree in Business Administration, graduating in 1997, and then an M.A. in Organizational Leadership with an emphasis in peacemaking and conflict studies in 1998. Upon his return to Congo, he took on the position of director of the Health Department of the MB Church of Congo, serving in this role from 1998 to 2001.

The new 21st century began differently for Pakisa and Pascal, but both of their worlds expanded into new arenas. Pakisa became a global servant of Mennonite churches as associate general secretary of Mennonite World Conference (2001-2009). In this capacity he traveled the world serving 87 Mennonite and Brethren in Christ Churches in 47 different countries in different capacities. Pascal, on the other hand, took on the role of finance director and professor at the Christian University of Kinshasa (2001-2009), an institution of higher education in the capital co-sponsored by Congolese Mennonite and Baptist churches. 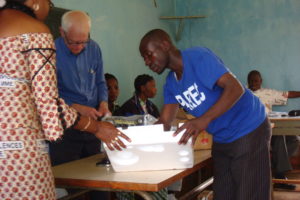 Both Pakisa and Pascal, nevertheless, also had other dreams. Now in the prime of life, Pascal decided to build on his Fresno Pacific experience. In 2005 he established the Center for Peacebuilding, Leadership and Good Governance in the capital of Kinshasa, combining the dual emphases of his Fresno Pacific graduate education in leadership and peacemaking linked with the significant need for good governance in Congo. In this role he has trained hundreds of students, church pastors and leaders, and members of the civil society of Congo, and beyond. In preparation for the first free election in Congo since independence held in 2006, he chaired the Congo Urgent Peace Project Committee of Mennonite Central Committee, which trained some 200,000 Congolese in the dynamics of elections and democracy. Pascal now continues as director, teacher and trainer of the Kinshasa Center for Peacebuilding.

Pakisa, on the other hand, took steps toward fulfilling a long-held dream of establishing a training and educational center in Congo, and giving the remainder of his life to serving his Congolese people. So in 2002 he established Mama Makeka House of Hope, a U.S.-based non-profit organization committed to health, peace and educational development in Congo, with a parallel leadership committee in Congo. MMHH is named after his mother, whose hospitality has served as a model for him as captured by the phrase, “There is always room for one more!” 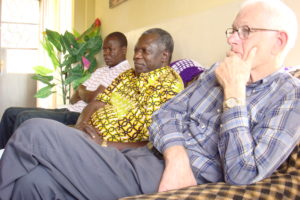 Again Pakisa and Pascal’s lives are intersecting. Now in their early sixties, having been born in 1952 and 1953, they are at the beginning of their elder years. In a culture which respects and values the wisdom of elders, they are in a strong position to continue influencing and shaping the church and society in Congo, while also laying the foundation for the generations that will follow.

Rising out of the fertile soil of Kinshasa, the capital city of more than 10 million, is a structure rooted on a solid foundation of Congo River rocks firmly cemented together. Two stories above a picturesque red roof already proclaims that something new is happening here. Walls between provide support and identify the spaces that will serve as a seminar room for trainings, a library, dining area, offices, guest rooms, and a place for Pakisa and Linda, his wife, to live during their stays in Congo. This home of dreams is finally becoming a reality! Not only will it headquarter Mama Makeka House of Hope directed by Pakisa, but also the Center for Peacebuilding, Leadership and Good Governance directed by Pascal, now occupying rental space. But even more important is what will happen here as one envisions the many who will learn and train in this place, and find a temporary place of rest in the guest rooms. Already in planning is an inaugural institute led by Pakisa and Pascal focusing on the major themes of their lifelong work in health, peace and education in Congo. 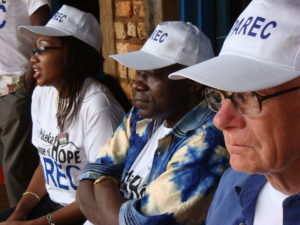 Gathering the resources to complete this center is an immediate challenge, inasmuch as building proceeds in Congo not with loans that encumber the future, but with funds as they become available. The foundation, supporting walls and roof stages are now complete, and paid for. The next stage is intended to make beginning occupancy possible as windows, doors, plumbing and electricity are added.

As chair of the MMHH Board and advocate for the Center for Peacebuilding, Leadership and Good Governance since each was founded, it has indeed been a privilege to walk alongside Pakisa and Pascal. As brothers in Christ, they have never forgotten their people. As an educator in an American Christian university, a significant wish for international students is that they return to serve their own people. That is not always possible, but when it is, there is also the continuing challenge of continuing to walk alongside them. That continues to be my privilege. Now in a later stage of lives that have already been filled with significant accomplishments, Pascal and Pakisa continue to have much to offer. This is why I remain committed to walking alongside both as in the peak years of their lives they give their best to the development of the church and civil society in Congo, and build a foundation for those who will follow. 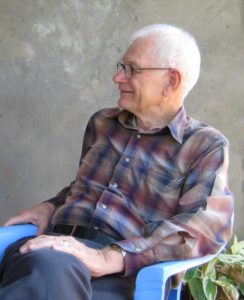 One response to “Pakisa and Pascal: Congolese Brothers in Christ”