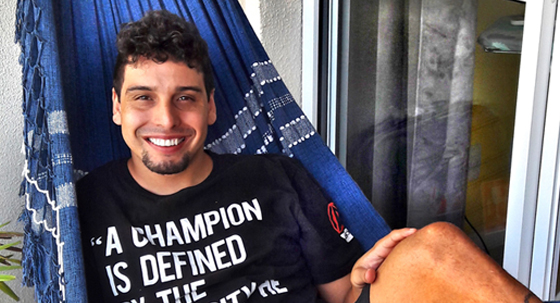 As a Brazilian living in Rio, how have the Olympic games impacted your life?
I was very grateful to see the city surrounded by foreign people striving to experience an Olympic event as well as discovering a whole new world: new culture, new places, new people. Having such a big event demanding a high number of bilingual people, I worked on a hospitality program for one of the major sponsors of the games. I was charge of receiving and taking care of guests throughout their Olympic experience in Rio. It felt real good to be part of it and contribute as much as I could to make Rio 2016 special for all of us.

Did you seen any Olympic events? Since the Sunbird women’s soccer team was in Brazil, too, did you get an opportunity to see them?
Working on the hospitality program took a majority of my time. However, I was given a few tickets to experience the Olympics as a spectator as well.

Unfortunately, I did not get the opportunity to see the women’s team. I was in touch with a few staff members but the distance and the timing of the games did not match my days off. Just hearing that they came to Rio and got to know a little bit of Brazil, made me so happy. It only proves that the Sunbirds are flying high, and we, alumni, should be proud to be part of the FPU family around the word.

What has been your career path since graduating from FPU in 2014? 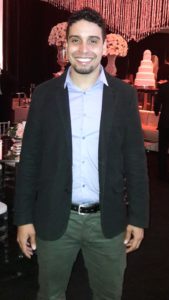 I moved back to Brazil and one year later I started running my own business. It is a full-service communication agency called ALL BLUE that provides branding, video production, photography and social media services. The business has been growing a lot despite the fact that the economy in Brazil is not helping new businesses. It has been such a great path, especially because I feel completely comfortable to approach any issue that may appear due to the background and experience I gained at FPU.

What are your plans for the future?
For now, I am striving to keep working on my agency to get it to the next level. In the future, however, I could go back to FPU to get my master’s degree.

What are your best memories of Fresno Pacific?
It would take me more than a week to describe the good things and the best memories at FPU. However, I cannot fail to mention the importance of the FPU soccer program and coach Jaime Ramirez, not only on my college path but also building up the identity and the human being I am today. He was my fatherly figure in the U.S. and managed to create a family among his student-athletes. It made me feel home away from home.

Tell me about your life outside of work. 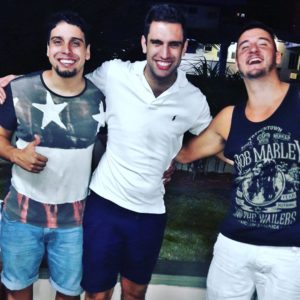 My experience at FPU, the Bible classes I had to take and the love I received from the community made me such a grateful person, and I try to give it back as much as I can. Also, it is very interesting that two of the roommates I had at FPU are living very close to me and became some of my best friends. That only proves that the family we make at FPU remains forever. Forever SUNBIRDS.