A city leader lives out his faith 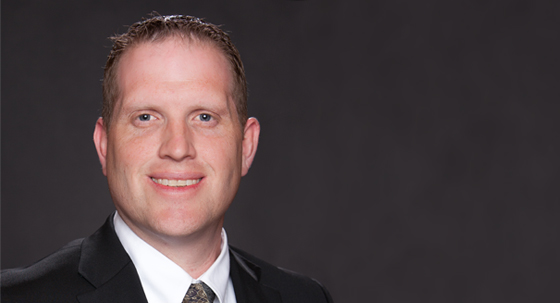 A city leader lives out his faith

During his years as a student at FPU, Andy Haussler (MBA ’13, BA ’01) learned the value and importance of living out his faith by serving those around him. Andy has been implementing what he learned throughout his career. As community and economic development director for the City of Clovis, he has ample opportunity to do so.

While in his MBA program, Andy had the opportunity to travel to China with Peng Wen, Ph.D., professor of business administration and economics, who demonstrated what it meant to have a faith on display for the benefit of others. Andy was profoundly influenced by the humility he witnessed in Peng, who remains a role model as he has taken on leadership roles.

During his undergraduate program he had the opportunity to participate in an internship in Washington, D.C., where he studied public policy. Through this experience he saw how he could intertwine his faith with his desire to serve others through a professional career in the government and business community.

In Andy’s new position, as director of community and economic development, he is able to bring resources into the community to encourage the success of Clovis economically and in meeting affordable housing needs.  His recent role as the deputy city manager prepared him with a holistic view of the city and its needs. As a director within the agency, Andy is able to see issues within a broader context because he oversees various offices. He credits his success within city management as “God opening doors; I never would have dreamed that I would be here today.”

The relationships between peers and professors at FPU created a unique community for Andy. He was continually amazed by the level of investment that professors gave to students and he appreciated the lifelong friendships that were forged at FPU. This kind of community building gave Andy a vision of cooperation he has carried into his professional career. He says he is excited to go to work each day because he knows he is making an impact in the city. “This is much more than just a job,” he said. “It’s about making Clovis the best that it can be.”

Outside of work and his commitment to Clovis, Andy is an elder at Campus Bible Church in Fresno where he attends with his wife, Lindsay (Lee BA ’00), and their three children. They enjoy camping and being outdoors as a family.