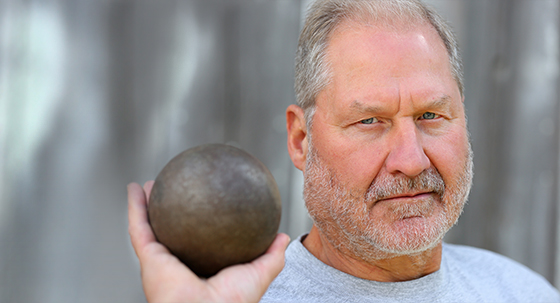 When Bill Deeter finished up the track season his senior year of college, he never anticipated he would ever be throwing competitively again.

That all changed in 2008 when Deeter’s former college track coach from Fresno Pacific University, Jerry Huhn, moved to the Salem area and showed him a National Masters Track clip with the previous years throws. Deeter believed he could compete with those scores and so began his second career as a thrower.