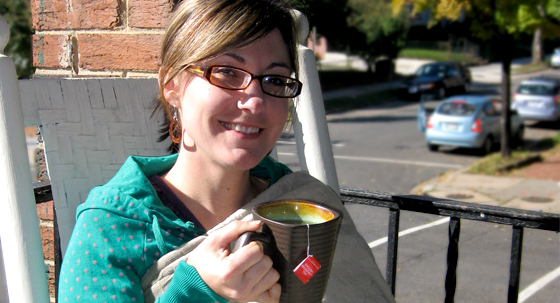 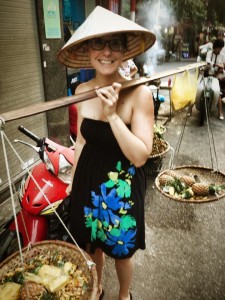 My last semester at FPU, I participated in the American Studies Program in Washington, D.C. As most graduating seniors do, I spent a lot of time trying to figure out what I was going to do next. I knew I wanted to work in international relations or foreign policy in some way and when I left for D.C., I thought perhaps I would stay there to work after graduation. But while in the program, I realized that if I wanted to work in international relations, the first thing I needed to do was live internationally for a while. I had done several short-term trips, maxing out at six weeks overseas at one time, which hardly qualified me for a job influencing U.S. foreign policy!

So just about 10 years ago, on my 25th birthday, I left Fresno for the Peace Corps and spent two years living in a tiny village in a remote region of a country I’m honestly not sure I had ever heard of before I got my invitation letter—Kyrgyzstan. It was gruelingly difficult: learning a new language, living with a host family, adjusting to a totally different culture, enduring six-month winters! But it was also, still, one of the most rewarding experiences of my life. As an English teacher, I developed very close relationships with some of my students—they became “my girls,” and I loved teaching them, and I loved loving them.

Peace Corps was critical to my path—the experience of living among the people I wanted to “serve” and learning to live like they lived and speak their language, was foundational to my approach to my career. With that experience under my belt, I decided I could be of even better service to the world with some tangible skills (besides knowing how to say all the grammar terms in Kyrgyz). I went to grad school in D.C., got my M.A. in International Peace and Conflict Resolution and for the last five years I have worked for the United States Agency for International Development (USAID) Office of Transition Initiatives, one of the best places to work on the planet! I am lucky enough to say I have been doing exactly what I set out to do: working on tough, complex problems in countries experiencing conflict and crisis, supporting inspiring and passionate people and organizations fighting for peace in their communities.

I spent a year and a half living in Kandahar, Afghanistan, working on a program designed to bring stability to areas struggling to rid themselves of the Taliban. I then worked on OTI’s Syria program, which is trying to keep hope alive in a heart-wrenching situation by supporting activists and community groups who rose up to fight for democracy and now find themselves struggling against both a ruthless regime and ISIS. For the last year, I have been living in Nigeria working with government and community groups to address the conditions that allow Boko Haram—which has now killed more people than ISIS—to exist in the northeast of the country. These are ridiculously complex problems, and many days I am overwhelmed by the task ahead when I wake up in the mornings, and I have to say a prayer and brace myself before getting out of bed. But I also feel so lucky that I get to do this—that I get to think about these issues, test new approaches, work with some of the most inspiring people on the planet and ultimately, I hope, be a part of contributing to making life better in some of the darkest corners of the earth.