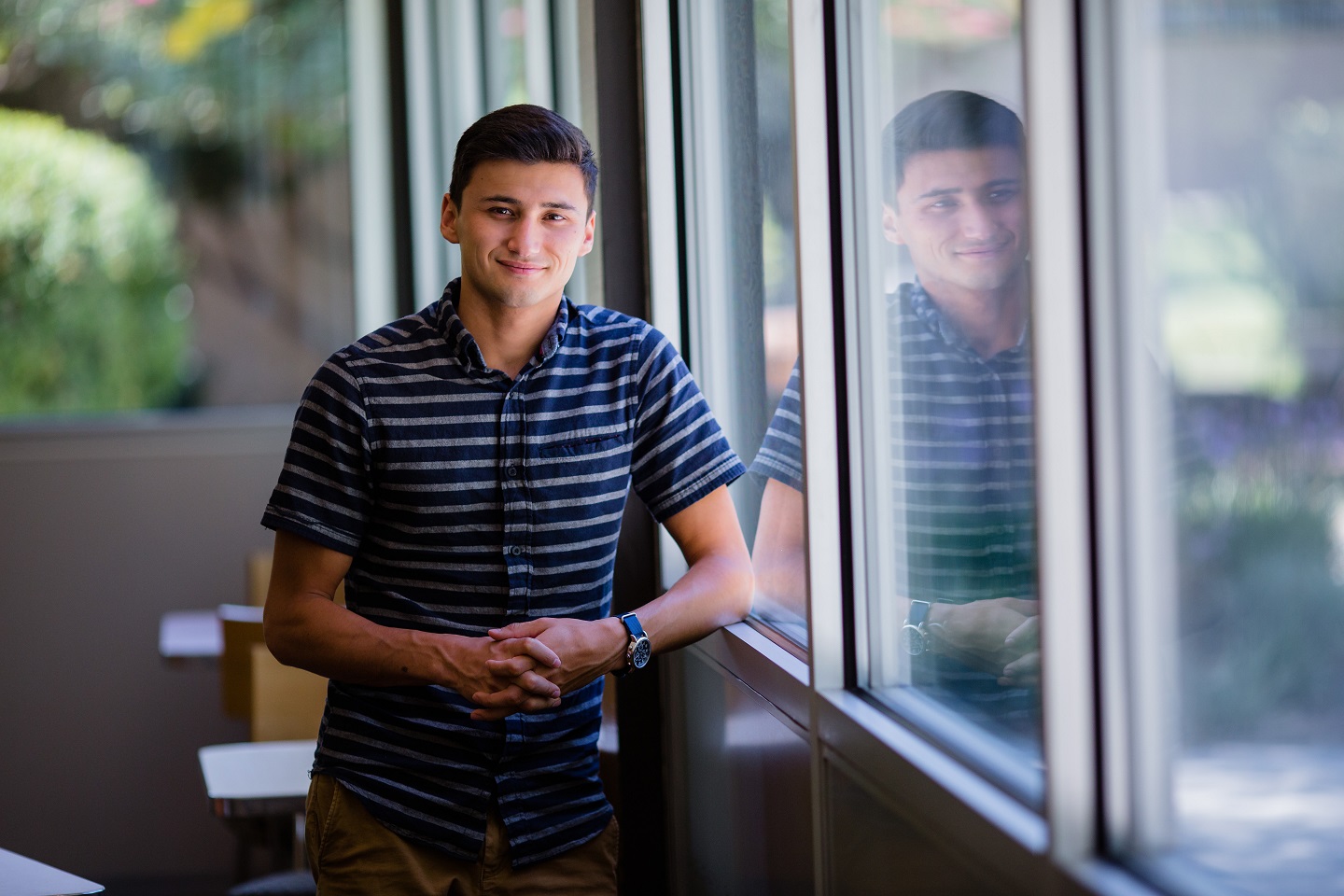 Some 20 years ago, a boy tended sheep to help pay for his schooling in a small town on the outskirts of Jalal-Abad, Kyrgyzstan. Alone in the pasture with his flock, the boy dreamed the dreams all boys dream, of what he would come to be. But unlike those of most boys – all over the world – this boy’s dreams were destined to come true.

He dreamed of growing up to become a doctor, someone who could save lives. He dreamed of blasting into space as an astronaut, to see the planet from an entirely different perspective. Yes, both these dreams would mature into reality, but as dreams have a way of doing, only in part and in not quite the way he had envisioned.

Today, Nuriddin Ziyadinov serves as executive director of the Northern California Chapter of the American Red Cross. He oversees operations from five locations in the Gold Country Region, including the Shasta County office in Redding. He ensures his staff of volunteers have the skill sets and tools they need to prepare for, respond to, and recover from the next disaster. And more. “We all know about disaster response, but the Red Cross mission touches a lot of aspects that people don’t know about,” he says. “Like what volunteers do on a daily basis, like working with someone who has lost everything. Volunteers work with veterans and their families to help with their transitions back to civilian life.”

Ziyadinov sees his five county offices as liaisons between the Red Cross’s considerable resources, and local businesses and the general community of his region. “We are always watching out for volcanoes and other potential disasters, big or small, flood or fire,” he says.

And so the boy shepherd who dreamed in a pasture in a land far, far away did not grow up to be a doctor, but instead a Northern California executive director of operations that save people’s lives. He didn’t grow up to be an astronaut either, realizing his desire for an exciting change in planetary perspective from more earthly – and sudden – viewpoints.

Ziyadinov first landed in the Golden State as a 17-year-old foreign exchange student, studying for a year at Tulare West High School, about an hour from Fresno. “It was culture shock,” he recalls. “In our schools we had a dress code, and student and teacher interactions were strict, ingrained by the Soviets. It was a respect we learned at a very young age.”

He found things at Tulare High a bit different. “Here, it was almost like a friendship,” Ziyadinov says. “You could choose your own classes. In the States, you have freedom of expression, a chance to get comfortable in your own skin. People here take these things for granted.”

After year of enjoying his role of cultural liaison between Kyrgyzstan and the United States, he returned to his country to find another shift in perspective. A hard one. Ethnic conflicts erupted into murder in the streets, and the Ziyadinov family had to flee their home. While briefly huddled in a refugee camp, the shaken teen saw a tent bearing the logo of the American Red Cross. “That sign of hope, recognized around the world, changed my life,” says today’s executive director.

Ziyadinov finished high school in the neighboring country of Kazakhstan. He applied online to Fresno Pacific University, an area he knew well, and home to his exchange student host family. He arrived back in California carrying everything he owned in a single duffle bag. “I pave my own road. I am not dependent on anyone,” he says. “I stayed with my host family for two weeks. I couldn’t work in the city, but I got three jobs on campus, while carrying 21 units and being on the track team – with victories.”

Young Ziyadinov’s academic prowess caught the attention of Ken Friesen, his professor of history and political science. “He was always at the top of the class,” his former professor recalls. “In discussion or debate, he was really sharp. He impressed me as someone who knew much more about the world than the average freshman.”

Professor Friesen decided to show him a little more of the world. He and his wife invited Ziyadinov and 10 other students on a semester abroad, living and learning in Vietnam, Laos, Cambodia and Thailand. “The leadership he showed with the other students, he became our right-hand man,” the professor says. “He will go far. Originally, I thought he’d end up at the United Nations, but he’s great where he is.” Asked what he dreams about becoming now, the 28-year-old, foreign born executive director of the Northern California Chapter of the American Red Cross just chuckles. “I am happy. I am young. I am married to a beautiful wife, Hannah,” he says. “Who knows what comes next?”•

Photos courtesy of Nuriddin Ziyadinov and the Northern Californa Chapter of the American Red Cross.