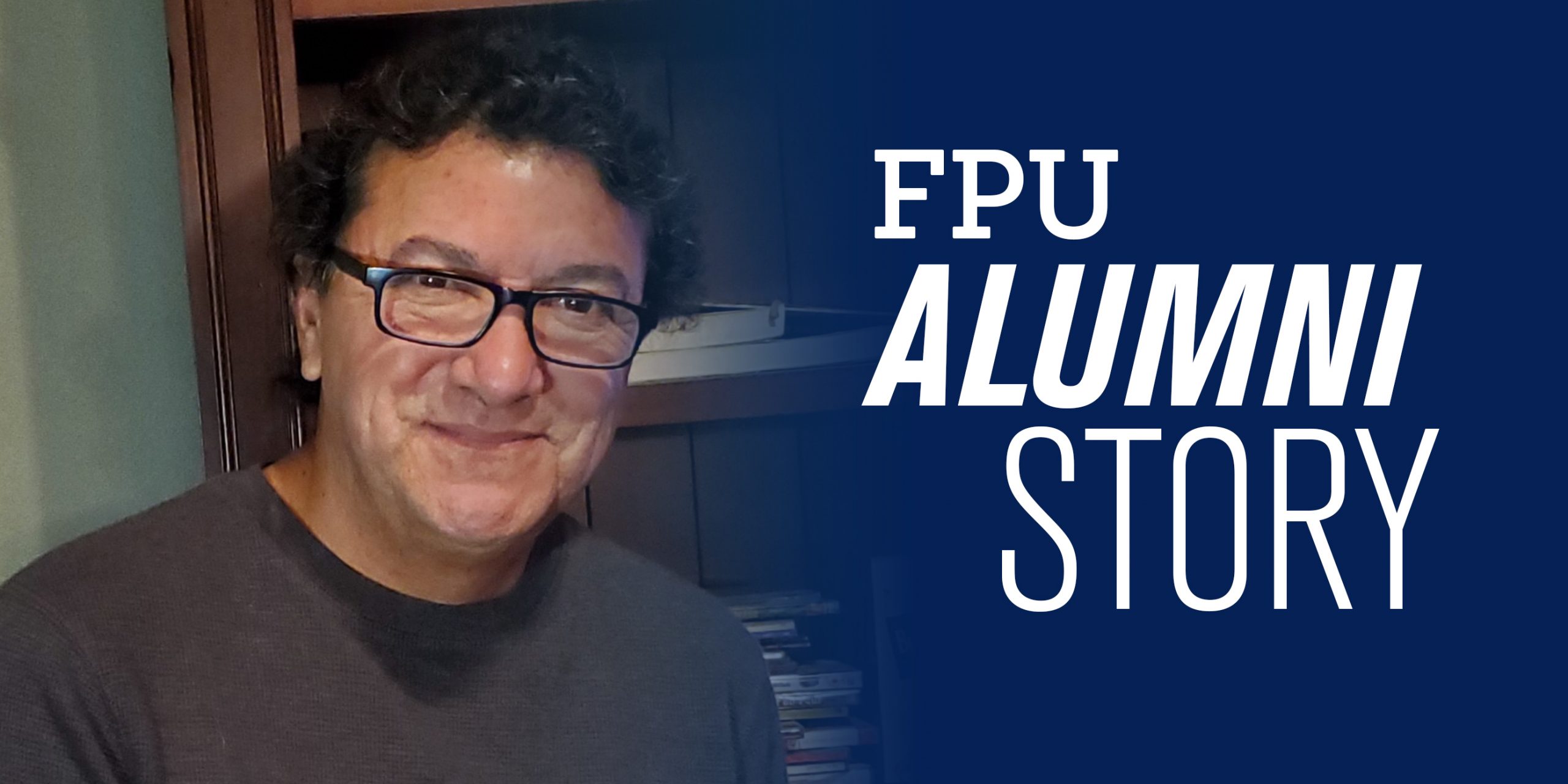 Dan Casarez uses his skills as a multimedia storyteller to get close to people at their highest and lowest—little did he know his biggest story would happen close to home.

In 20 years of journalism, stories have taken Dan everywhere. He’s witnessed loss, abuse and exploitation. He’s seen the faces of those who lost loved ones and heard from survivors of trauma. “That is extremely difficult. And there’s no way of getting any better at that,” Dan says.

On the other end of the spectrum, he has documented teachers, athletes and presidents at high points in their careers. Dan has been in exclusive areas to witness moments up close and personal, such as a surgery on an infant to correct for cleft lip at Valley Children’s Hospital, Tiger Woods teeing off at the Pebble Beach Pro-Am Golf Tournament, comedian Bill Murray spurring on fans or an NFL or high school football game. “Those are the rewards. And it’s just amazing to be able to be that close sometimes,” he says.

Starting out with sports roundups and agate pages at a local newspaper, Dan found his passion covering health. Through numerous fellowships at the University of Southern California’s Annenberg School of Journalism and the California Endowment Health Journalism, he has reported on such issues as health care disparities, education cuts, Valley fever, California’s historic drought and the impact on the poorest communities, farm worker shortages and, most recently, evictions during a pandemic and Fresno’s history of redlining. His work has received numerous awards and has appeared in major publications like The New York Times and The Los Angeles Times.

When Dan was around 10 years old, he recalls staying up late to watch Nightline with Ted Koppel after the evening news while his father worked the night shift at a packing house. “It just intrigued me, what was happening in other areas of the United States and what was happening to people around the world,” he says.

The images Dan saw on the news gave rise to an interest in photography. In high school, he was inspired when a classmate showed off a camera she had for a Regional Occupational Program (ROP) career technical education course. His high school ROP Photography class gave him hands-on experience with a camera, and he quickly developed a passion. “I would take a lot of pictures of anything, really,” he says.

So it was natural for Dan to enroll major in photography at Fresno City College (FCC). As a freshman, Dan went to a United Farm Workers rally in Delano and photographed activist Caesar Chavez. Although denied official credentials, he still considers it one of his first major assignments.

Dan has since realized how biased news could be, so he wanted to explore different points of view in his work. “When you look at the industry today, it is so biased that I realized as a high schooler that I really should find out what else is going on,” he says.

Transferring to Fresno State, Dan’s schedule conflicted with his freelancing as a photographer. He worried that doing both wouldn’t be possible, but contacts at FPU convinced him to transfer here instead of quitting. “Parents [of FPU students] were saying, ‘They’ll try to do everything to accommodate you so you can succeed,’” he says.

At FPU Dan became a liberal studies student and pursued his other passion, teaching, which he loved as much as journalism. “I was just torn between the two fields, and I left it up to fate—and God—to decide for me,” he says.

Dan was surprised to find Allen Carden, Ph.D., professor of history, who had taught a history class at FCC, leading his liberal studies classes at FPU. In both cases, Professor Carden was an inspiration to his students. Dan remembers the class praying together, sharing about their lives, their families and their struggles to succeed with their studies. Professor Carden’s highly engaging teaching style helped Dan get invested in each course, and he also offered great career advice.

“You know how you get an educator who just influences you in your career? I’ve had several—and Dr. Allen Carden is right up there,” Dan says.

Dan’s career choice came just before graduation when he got an offer as full-time photographer for a local newspaper. He accepted the job, graduated and has been a photojournalist ever since. In 2011, he was accepted at the Knight Digital Media Workshop at UC Berkley where he learned how to engage his photography, writing, videos and sound to become a multimedia reporter.

Of all the stories he’s covered, Dan’s own family has produced one of the most emotional. He and his wife, Catherine, went to high school together, but weren’t acquainted until they both ended up working the same Taco Bell to save money for college. They married in 1989, but it wasn’t until 2007 that they finally got to welcome their only child, Michael.

After years of trying and using various medical approaches, he came along when they least expected. “We take a break from the medical portion of it, and then he shows up!” Dan says with a laugh.

A year later, the couple renewed their vows. With his nephews as best men and his son in his arms, Dan and his wife married all over again. Michael is now 13 years old, taller than his parents at 5 foot 11, a student, avid year-round swimmer and baseball and tennis player. Dan continues his work as a freelance journalist and photographer, capturing compelling moments which he narrates on video. He is also a substitute teacher.

As the field of journalism has become more digital and immediate, Dan has had to keep up. Words, photos and videos now work together to tell the whole story. His latest piece is a collaboration with other journalists on evictions during the pandemic. Dan found Fresno residents bullied by unscrupulous landlords, families living with leaky bathrooms and mold on the wall of children’s bedrooms. The piece, How Housing Discrimination Hurts Fresno in the Pandemic | Pulitzer Center, details the struggles of Fresno’s people of color during the Covid-19 pandemic. The Fresno piece, along with reporting from Richmond, VA, and New York City, is slated for television broadcast.

Links to some of Dan’s work:

How decades of housing discrimination hurts Fresno in the pandemic