Coming to belief at FPU and carrying it across the globe 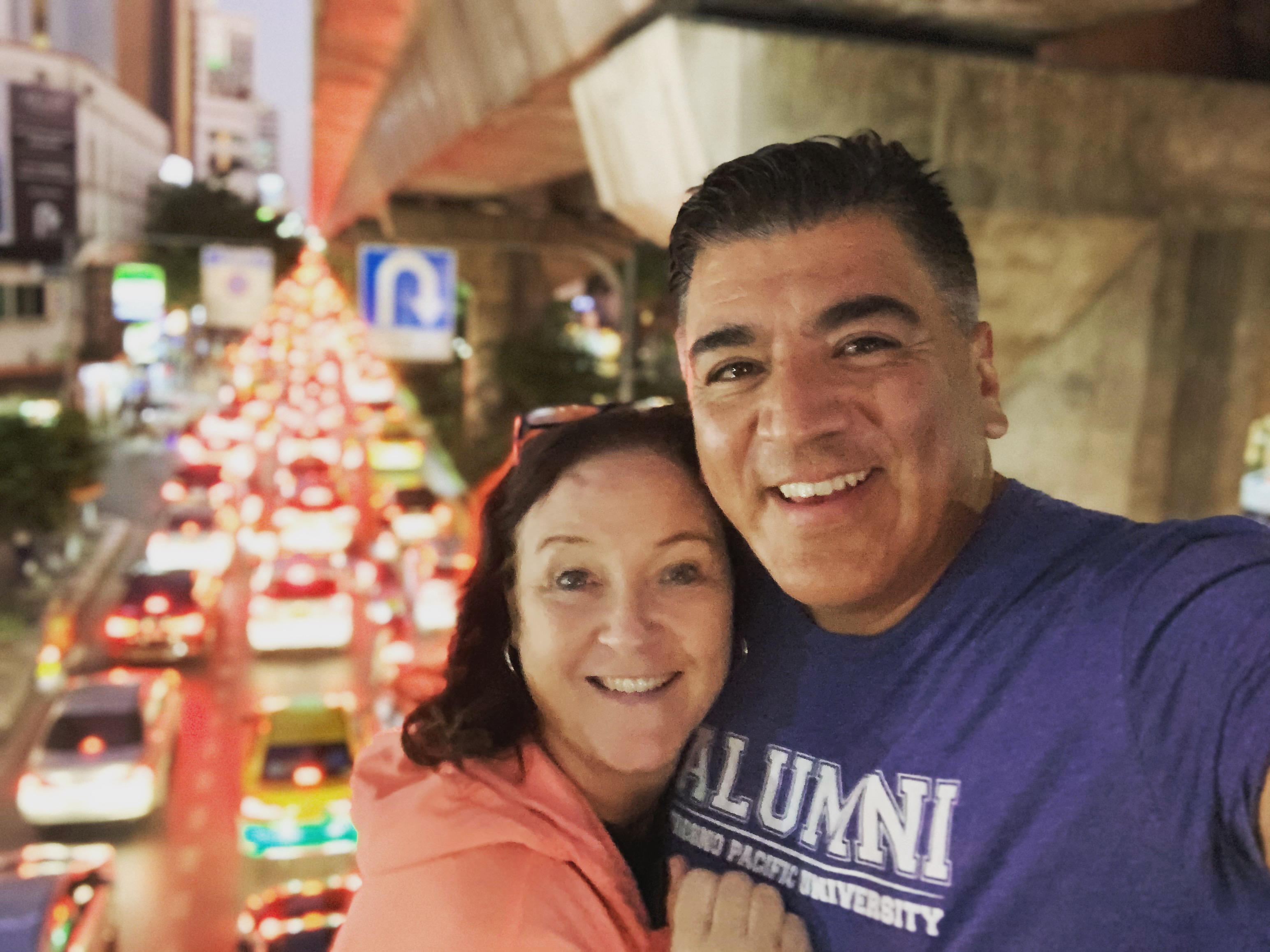 Coming to belief at FPU and carrying it across the globe

Ricky Sanchez came to FPU a non-believer and left an overseas missionary.

Ricky and his wife, Karen Hubert-Sanchez, work for Multiply (formerly MB Mission), running an orphanage for HIV-infected children in Thailand’s Abundant Life Homes (ALH). ALH provides food, shelter, and education, and works to de-stigmatize HIV victims. It is also the center for the Standing Strong project, which provides job training for women at risk in the sex trade and enables them to find healthy careers.

“At this point, we’ve helped eight women and all of them have been success stories, where they were in the past working in the sex trade and today they have jobs,” Ricky said.

When he first came to FPU on a basketball scholarship in 1988, Ricky did not expect to become a Christian, let alone a missionary. Though coming from a Catholic background and being familiar with church traditions, he did not consider himself a believer. That changed when Karen, the girl he was interested in who would later become his wife, declared that she planned to be a missionary and was not interested in dating a non-believer.

“And I was like, what kind of language is that girl using? Like, are you from Mars?” Ricky said.

Despite his limited understanding of Christianity, Ricky believed in a higher power. After his father suddenly passed away from a brain tumor and his mother had a life-threatening stroke when Ricky was 14, he went to a Catholic cathedral and cried out to God, questioning if he was real. After two weeks, he received an answer.

“I felt a presence come over me. As I understand it today, it was probably the Holy Spirit. And it just gave me a peace. That peace, for me as a 14-year-old, meant that there was a higher power,” Ricky says. Though he was not certain who that higher power was when he later arrived at FPU, that belief set the stage for him to accept Christ. Chapel sessions and Christian-themed classes gave him deeper insight into what living a life of faith meant, and many FPU students prayed for him around the clock. Less than a month later, Ricky got to his knees and gave his life to Jesus in his dorm room.

“I felt His presence, and I connected it immediately to that 14-year-old experience. Like God was confirming that was him back in that cathedral,” Ricky says.

After he delivered the news to Karen, the two of them began dating. In 1990, after they had been together for over a year, Ricky went on his first mission trip. In the jungles of Venezuela, with the nearest city five hours away, he asked God two questions: 1) if he was capable of overseas missions long-term, and 2) if he was meant to marry Karen. Though the first question was answered much sooner than the second, he felt sure that both answers were yes. He wrote Karen a postcard confessing his feelings, which arrived back in Fresno only a day before he did. Unfortunately, Karen needed more time to think things through, and the couple broke up for one month.

“It crushed me,” he says, “I was so confused, but I still had faith that God had spoken. So then having that weekend, and 30 days—they were the hardest 30 days of my life.”

However, after reflecting and praying, Karen also felt ready for the engagement. After an elaborate plan in which Karen found the ring in a conch shell, Ricky got on his knees and proposed on the San Francisco Bay. They were married in Butler Church in 1991, and Ricky thanks FPU for its influence in his marriage, faith and career.

“This place is not just like, ‘Oh, it’s kind of nice to go back.’ This is, for me, pivotal in my life–it’s where. I met Jesus, found the love of my life and found my calling for overseas missions.”

Ricky and Karen, married for 28 years, have three adult daughters and another in high school. They plan to continue serving in Thailand as long as the Lord calls them.