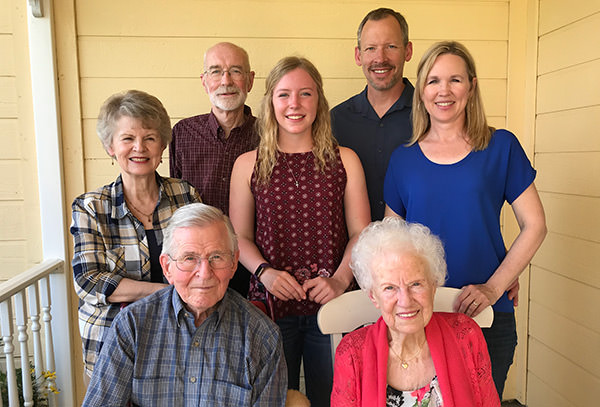 Growing up, Megan Kroeker heard three generations of her family talk about Fresno Pacific and the community they found. They may have used different names, but they were talking about the same place and the same sense of community—just differing years.

Over the years, Megan attended occasional Sunbird sporting events and knew that her parents were still friends with some of the people they met on campus. But while Fresno Pacific was always the next logical step in her education, for a while she was reluctant to follow in her family’s footsteps—“I didn’t want to be a copycat,” she says. At an overnight admissions event, however, she found the same sense of community that has attracted her family since the 1940s. This past fall she enrolled at the same place but with a different name: FPU.

Megan’s family are alumni of all four versions of what is now FPU: John and Esther Berg graduated from Pacific Bible Institute in 1947. Their daughter Marilyn (FS ’68) met her husband Don Nachtigall (BA ’67) at Pacific College. 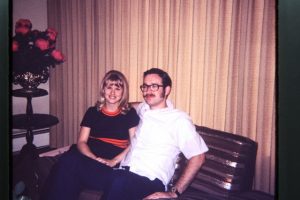 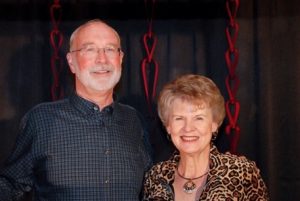 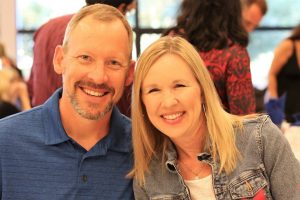 Seeing family names on plaques around campus reminds Megan of her family, and when all four generations get together the conversation often turns to Fresno Pacific—both then and now. In addition, she has the same job in the Office of Continuing Education her mom once had, answering the phone and enrolling teachers in continuing education classes. She even has the same overall supervisor: Peggi Kriegbaum, executive director of continuing education.

Asked what has continued to draw her family to the university, Jennifer Kroeker, Megan’s mom, recalled the friends who encouraged her in her Christian walk and the compassionate teachers who helped her apply biblical truths to everyday life. “This local, Christian college has led me and my family to lifelong friendships, an excellent Christian education, gave us experiences in mission work and solidified our faith in Christ,” she says.

Megan has already had the same experience. “Once you find your friends who are really close to you, then they’re like your family,” she says. “It’s like a second home already.