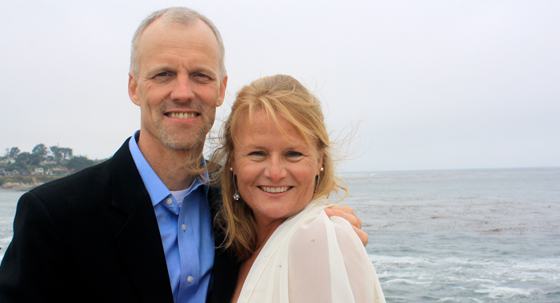 At first it was just another college romance.

Lori Jantzen and Dave Kleschold briefly dated as Fresno Pacific students, then went their own ways after graduation. Twenty-five years later they became husband and wife.

The two immediately caught each other’s attention upon first meeting in 1980 in a motorcycle parking lot near FPU. “I was quite interested in making sure I was over by my motorcycle, and she was intrigued,” Dave recalled with a laugh. Soon they started going to campus events together, and a few weeks later they were officially dating. But after six or seven weeks the relationship simply faded.

Though Lori and Dave would attend the same church and remain acquainted, they had little contact through the rest of their time at FPU.

Dave graduated in 1982 with a Bachelor of Arts in Business Administration and a minor in computer science, and Lori in 1984 with a B.A. in Physical Education. Lori married Paul Regier that same year, and they enjoyed a happy marriage and three children—Jacob, Jeremy and Kristina—before tragedy struck in February 2010 when Paul had a sudden, fatal heart attack. Dave, who did not marry, started a career as computer programmer and web developer after graduation. Both attended North Fresno Mennonite Brethren Church.

Paul’s death was difficult for Lori and the church, particularly the following holiday season.

Then one Sunday in December Lori asked God for hope, and in walked Dave. “I just had this feeling that God would put Dave in my life,” she recalled. That very day Lori and her children went to lunch with Dave, and the two of them reestablished their connection.

When Dave visited family in his native Minnesota, he and Lori chatted over Facebook, and as soon as he got back he invited Lori to his house. They spent hours talking, laughing and realizing all they had in common.

“We hit it off so easily that it was hard to picture life without each other,” Lori said.

They had their first date since college three weeks later, on Valentine’s Day 2011.

The couple’s happiness was shared by their church family and Lori’s children, who had had Dave as a high school youth leader. When Dave proposed to Lori on April 23, 2011, the day before Easter, at Morro Bay, she didn’t hesitate in saying “yes,” and the two married on July 22 at Lover’s Point Park in Pacific Grove.

Today, Lori is a special education teacher at William Saroyan Elementary School and Dave is a software developer, and they have been happily married for almost seven years. “Once we did start dating, everybody—all of our friends, everybody in our family and our church—was very affirming in our relationship. You could see it was a blessing, it was providential,” Dave said.

Do you have an FPU love story? Did you meet your spouse/fiancée at FPU? Post your photo on the FPU Alumni Facebook page and be entered into a contest to win a candlelit dinner for two in the FPU cafeteria! 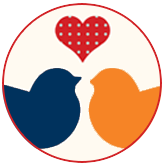