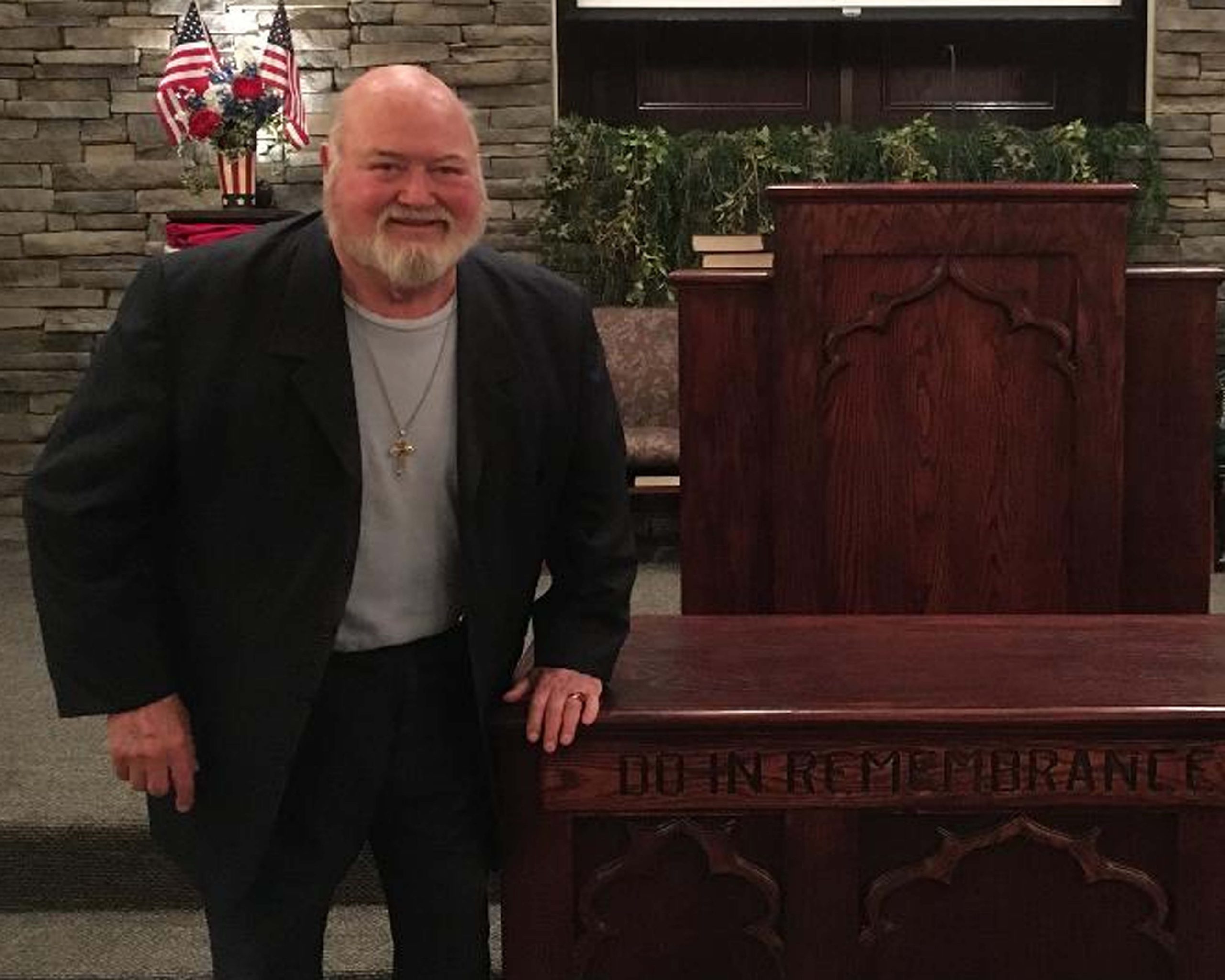 Jesse has always had one foot in ministry and the other in psychology, and the two have worked well together. His long career led him to classrooms and churches across the country, where he wrote influential essays and preached before 19 Christian denominations. “I’ve actually pastored two churches while working in psychology, so it’s been a long career,” Jesse says.

One night Jesse was praying and felt a message from the Lord, which led him to begin preaching at age 15—so began his ministry career. “God impressed on me, ‘Feed my lambs, feed my sheep,’ and I felt a very, very strong calling,” he says.

Always an intellectual person, Jesse continued to pursue his education on top of ministering. At the same time, he noticed people approached him with mental health problems wherever he preached, but he didn’t feel qualified to address those needs.

When he heard of a program at Pacific College (now FPU) that would accommodate his wife and children, he took it as an opportunity to earn a psychology degree so he could better help people. “As far as the level of intellectual stimulation, of all the schools I’ve gone to, Fresno Pacific was the best,” he says, “it built a very good foundation on my studies.”

That foundation helped Jesse get an M.S. in Psychology at the University of North Texas in 1974. His thesis on Internal-External Locus of Control in Glossolalics (speaking in tongues) was selected as the university’s best in that semester, and he got requests for copies from around the world. The study was later published in The Journal of Psychology and Religion.

While pursuing a doctorate at The University of North Texas, Jesse got a job at a mental health and mental retardation center in Texas. During that time he started two programs for children and one for parents, which got him promoted to clinical supervisor just two years out of his master’s program. He also created a suicide helpline for the county and started teaching at a police academy at the same time on how to handle mentally disabled persons.

After eight years, Jesse left the center and went through many other jobs in the field, including private practice. Meanwhile, he finished his doctorate in 1987 with a dissertation on job stress in police work. His work with police at the academy helped inform his dissertation. After receiving his doctorate he took a job as Chief Psychologist at a regional mental hospital. After leaving the hospital 12 years later he became an Associate Professor of Psychology and Counseling at a small Christian university.

His natural leanings and background in psychology have given Jesse an intellectual approach to church, but he also values the emotional side. Unfortunately, he has encountered many churches that focus on one side and reject the other. “I have always struggled with those kinds of things—the disparity between intellectual and emotional religion,” he says.

Jesse navigated this by preaching on universal truths that all denominations can agree on. His experience with so many branches of the church has given him a unique perspective, showing him the differences between each one but also the common beliefs that unite them.

“I found the core of what is truth and taught that, and it was the same for every church. But when you got into those little things that they like to argue about, you could say good-bye to that, I’m out of there,” he says.

Public speaking wasn’t always Jesse’s strength, and as a child his classmates made fun of him because he struggled with physical activities and writing, but one teacher, Mrs. Profit, had faith in him and led him into public speaking. From fifth grade through high school Jesse participated in a speech contest and won first place in the district at the 11th and also the 12th grades, which gave him firm ground to stand on for his later ministry.

Mrs. Profit also awakened Jesse’s interest in drama when she held a contest in her fifth-grade class. Jesse’s play won first place, and he still finds drama a powerful tool. He even used it in several of his sermons. “I think church is drama…the best speakers know how to tell a story,” he says.

When Jesse walked across the stage to receive his doctorate, he remembered Mrs. Profit for her influence in his career paths. “I said, ‘Thank you, Mrs. Profit. I don’t think I would’ve been where I was if you hadn’t lit a fire under me,’” he says.

Initially retiring in Bowie, TX, at age 64, Jesse took up work again to help children who had been victims of abuse. “I found a need here. Nobody was treating children in this community. In the whole county of 20,000 people, I was the only one treating children,” he says.

After 10 years in that job, a back injury forced Jesse to retire for good in 2014. He and his wife of 61 years, Gunilla (Gwen), are still in Bowie and are the parents of three adult daughters. Still keeping busy, Jesse has written two books—a children’s story called The Little Green Worm and Reflections on Love and Faith: Essays, Poems, and Photographs—and is working on a third, 10 Keys to Successful Living scheduled for release in 2021.