An Advocate for the Maltreated 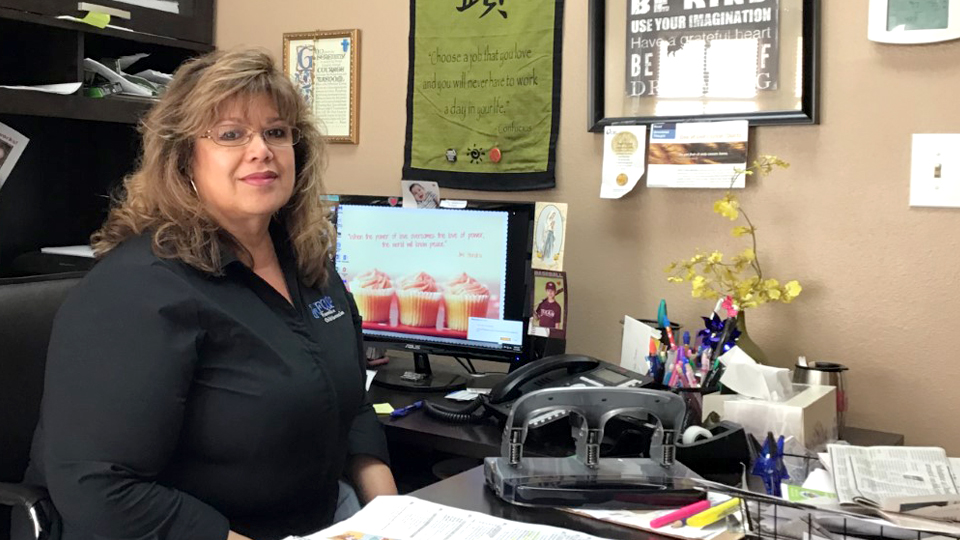 An Advocate for the Maltreated

Esther Franco knows how a little support goes a long way toward helping someone succeed, and has dedicated her life to being that support for others through a career of nonprofit service.

As Executive Director of the Fresno Council on Child Abuse Prevention (FCCAP), Esther advocates for maltreated mistreated children. FCCAP is the only agency offering evidence-based child sexual abuse prevention programs to both adults and children in Fresno County, according to its website: fccapblog.wordpress.com/. Esther is also President of the Central California Coalition of Child Abuse Prevention Council.

Growing up, Esther faced many challenges of her own. Though she did not realize it until later through her work at Marjaree Mason Center and FCCAP, she grew up in an environment of domestic violence. Other challenges in her youth included domestic responsibilities of caring for younger siblings and her ailing grandmother. In her first attempt at higher education, Esther carried those obligations and lack of parental emotional and financial support with her to Fresno City College and later Fresno State. She persevered through these difficulties and the pressure of school for three years, then took a break from college after her junior year. “If you don’t have a supportive environment to go to college, it just makes it that much more difficult,” she says.

A few years later, now an independent adult, Esther found the courage to finish her B.A. through FPU’s degree completion program. She found comfort with students in the same boat, and her professors encouraged her to keep going. Thanks to the supportive community, she finally received her B.A. in Business Management and Organizational Behavior in 2003.

“[FPU’s DC program] understands how difficult it is when you’ve got other factors in your life that keep pulling you down,” she says. “That was actually the happiest day of my life, when I got my bachelor’s.

The courses with the greatest impact on Esther were in human resources, where her professors taught her to focus more on the human beings in a business than on the “dollars and cents”—an attitude that would be crucial for her later work. To this day, she uses the skills she learned at FPU in and out of her workplace.

Esther had begun her nonprofit career by volunteering for Big Brothers/Big Sisters of America, a youth mentoring agency, in 1982. She volunteered with various organizations, from women’s health agencies to homeless shelters, until she was asked to join the FCCAP Board of Directors in 2005.

Then in 2007, she stepped in as interim director for FCCAP and began reorganizing the agency.  Her long list of contributions includes implementing a new child abuse prevention curriculum, leading research and implementation of Shaken Baby Syndrome Prevention Education Program. Esther hopes that FFCAP’s efforts in advocacy and the coordination of prevention focused programs make a difference in the Fresno community.  “This is the longest position I’ve held, and that’s because it’s very challenging and provoking, and I believe child abuse prevention education can do the most good in the world,” she says.“

“I truly believe that the hand that rocks the cradle rules the world,” she says, referring to an idiom hanging in her office. “The world would be a better place if children were wanted and loved.” Parents ultimately have the greatest power in the world because they influence the way their children develop and the things they do even after they have grown.

One story that has stuck with her is when she noticed a young homeless man outside a local grocery store and felt compelled to speak with him. He admitted he would use any money she gave him for drugs, which he used frequently to “numb himself.” Following an intuition, she asked the young man if he had ever been sexually abused. Staring at her with wide eyes, he admitted that he had and wondered how she knew to ask that question.  After praying for him, Esther bought him a meal and encouraged him to break away from his drug addiction and referred him to local treatment resources. She has not seen the young man since, but she hopes she made a difference.

“There’s a lot of broken people out in the world, and I think most of our societal problems all stem from bad childhoods,” she said. Through FCCAP, she aims to protect children from maltreatment by educating professionals and parents on the impact of ACES (adverse childhood experiences) with an upstream approach and focus on the root causes of family violence.