The Path to Peace 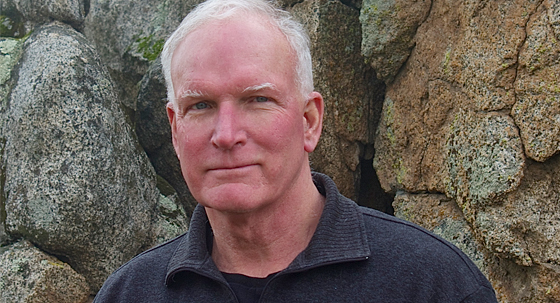 The Path to Peace

Since 2000, Doug Noll has gone from being a successful trial lawyer to a well-known author and peacemaker. Although his name may be familiar, his story is anything but ordinary.

Moving to Fresno in 1977, Doug worked for over 20 years as a trial lawyer in the Central Valley. During a solo rafting trip in the early 2000s, Doug questioned his reason and motivation as a trial lawyer. He concluded he had not been serving others in the way he had anticipated. “Most people came out worse, and certainly not better after litigation,” Doug said.

Seeking to make a difference in his own life as well as the lives of others, Doug enrolled in the Master of Arts in Peacemaking & Conflict Studies program at Fresno Pacific University. As he studied, Doug came to the conclusion that, “this is exactly what is missing from the law.” He saw the value in the de-escalation of a problem prior to litigation, and proposed the concept to his law firm. Though he was an integral part of the firm, it turned down his de-escalation idea and Doug left shortly thereafter to begin his life as a peacemaker.

In 2010, Laurel Kaufer, a peer and friend of Doug’s, received a letter from an inmate in a women’s state prison. Both felt compelled to help and began working in prisons, pro bono, implementing a detailed de-escalation curriculum. Today the Prison of Peace project reaches six different prisons in California and Doug hopes to continue expanding. “People have a deep desire to be heard, and when they are heard, they feel great gratitude,” said Doug, who has witnessed great breakthroughs and real change.

Seeing incredible things through this curriculum, Doug has written a book detailing his methods: De-escalate: How to Calm an Angry Person in 90 Seconds or Less. The book, scheduled to be published in September by Beyond Word/Simon & Schuster, is being offered for free (plus shipping) for a limited time on Doug’s website—dougnoll.com/—thanks to a benefactor confident in his methods. Other books by Noll are available on Amazon at amazon.com/Douglas-Noll/e/B001K7UPXO.

Doug’s commitment is to make peace an accessible choice. “The training I received at FPU has been extremely influential, and I have been able to help more people than I ever thought I could,” he said.

Apart from the Prison of Peace work, Doug plays jazz violin and is a second-degree black belt in northern Chinese Kung Fu.