The wedding at Cana 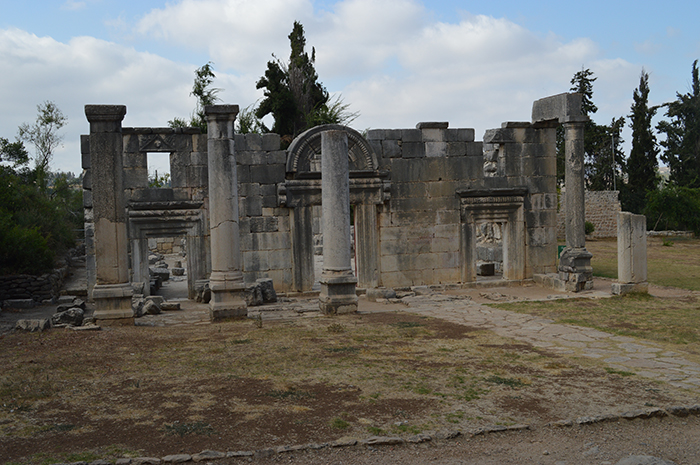 The wedding at Cana

Today was our second day in Galilee. It was a tiring but an amazing experience as we had our longest hike today. The first site that we went to was Jotaphata which was the place where Flavius Josephus lived in 60AD who was responsible for fortifying the Galilee area when he was “caught” by the romans. After siding with the romans he became their advisor or as Jews would call him – traitor – for the romans as how to conquer the rest of Galilee.

After walking slowly down the steep hill we walked all the way to Mount Cana where Jesus performed his first miracle turning water into wine. At the bottom of the mount we sat under a tree and read the Bible passage that talks about the miracle.

Something new that I learned was that that wedding happened on a Tuesday and that it is the favorite wedding day for Jews. For us that seems a little weird as we always have it on weekends but because their Sabbath is from Friday evening till Saturday it excludes it. After that we hiked up to the mount and explored a little bit in the area. Then we walked back down and headed towards the bus which took us to a park where we ate lunch.
After a delicious lunch we headed to Bar’am national park. This is a place where Marionite Christians used to live till 1948 when the Israeli war asked them to leave due to the war and their close location to Jordan. There is a ongoing process that the people that used to live there want to have the land back and move there again which needs to be determined by the state of Israel. The biblical reason why we went there was that it might be a place that Paul might have passed through. There is also a tradition that he was born there but Paul mentions himself that he was born in Taursus. As we were talking about Paul we expanded also on the topic of Jews vs Gentiles and how hard it must have been for the Jews to accept that the Good News is for everyone which some didn’t even do.