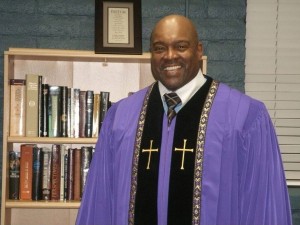 6 There came a man who was sent from God; his name was John. 7 He came as a witness to testify concerning that light, so that through him all men might believe. 8 He himself was not the light; he came only as a witness to the light. 9 The true light that gives light to every man was coming into the world.

At the time of this text there was complete silence in heaven; God had not said a word to mankind. Between the Old and New testaments there was 400 years of silence, no prophets, no proclamation, no demonstration of HIS power and no miracles to point man to himself. God was silent. From the closing of the ministry of Malachi to the opening on the New Testament, Heaven didn’t say a word.

According to biblical history, The office of the priesthood was in order; organized religion was the event of the day. People were going through the motions with God, the Pharisees and Sadducees had polluted the temple, and made a mockery out of the Old Covenant. God’s people were without a witness, and then came John!

What the Prophet Isaiah said would come had finally come, “A voice of one crying in the wilderness”. John was a witness for Christ. John’s task was to be a witness in the New Testament by God. He was a prophet from the Old Covenant but a voice in the New Covenant. John would be a witness for all to see. John’s ministry is what ours is to be as a church. We are called to be modern day John’s calling out to a dying world, warning them of the Savior to come, calling for all to come to Jesus while they have a chance. We are to build spiritual highways for others to come to Jesus. This is our sole responsibility as a Church, preparing a way for others to come to Jesus.

The bible teaches that John was of the priestly tribe by both of his parents. His father, Zechariahs, was a priest of the division of Abijah, and his mother, Elizabeth, was one of the daughters of Aaron” His birth was a miraculous intervention of the almighty. (He was a miracle baby)

John’s ministry was foretold by an angel sent from God, who at the same time assigned to him the name of John. He was born in the hill country of Judea, six months before the birth of our Lord Jesus. John was the cousin of Jesus by birth, and Johns name meant Jehovah’s Gift.

What was Johns Mission?

John’s mission was first to come into the world as a witness of God. His name tells us he was a gift from God. From the beginning of time He was created for this mission. The witness of John was given that men might believe. He was God’s gift to humanity, to prepare the way for Christ.

What was Johns Message?

John came to point the people to repentance, and prepare them, to receive the cleansing of their souls through Christ. John’s message was to show people how to confess their sins and turn from them.

John’s message moved people to be baptized and confess their sins, and make the first step towards receiving Jesus Christ. According to the other gospel writers, (Matthew Mark and Luke) The results of John’s preaching caused his hearers hearer’s to do five things.

According to the word of God, once you and I have received Christ as our Lord and savior we too have a job like John! We are also sent witnesses of Christ and for Christ. We are also modern day messengers called to witness to men and women lost in darkness about the light. We are also to prepare a spiritual highway for non-believers to come to the lord.

Where are we to tell it?

We are called to witness for Jesus, and prepare the way of His return, by bringing in those who are lost and without a personal relationship with Him. So as we move about the Kingdom today, let’s be like John, and witness for the coming Messiah.