What is That in Your Hand?

What is That in Your Hand?

As spring is on the horizon, a new season is upon us. Whether we are ready for this changing season or not, change is coming. According to Solomon, “To everything there is a season, a time for every purpose” (Eccl. 3:1 NKJ). All of us have experienced seasonal changes in our lives as we moved from childhood to adulthood and to senior years.

The focus of this Connections is not the seasons of our lives, but what we do in those seasons with what is in our hands, the gifts God has endowed us with to fulfill the work he has assigned us. The challenge to use what is in your hand is not new. Moses was given this challenge when the Lord called him from the flaming bush to deliver the children of Israel from the bondage in Egypt; The Lord said to him, “What is that in your hand?” (Exodus 4:2 NKJ). Moses saw that he only had a rod, a stick, in his hand, which may have seemed like nothing but a walking stick. He did not see beyond the stick to the power of God that could empower him to do great things with a little thing once he placed it before the Lord.

Once Moses obeyed the Lord’s word to cast the rod down before his presence, he witnessed the power of God transforming the ordinary into the extraordinary. Have you cast down and used the little you have that God may transform it? Little can become much when placed in the master’s hand! He can multiply what seems inadequate for the task at hand if you would just trust him.

Remember the miracle of the five loaves of bread and two fish? The disciples said, “We have only five loaves and two fish.” He said, “Bring them to Me” (Matt. 14:17-18 NKJ). Once they brought the little they had on hand to Jesus and he blessed it, over five thousand men were fed, not counting the women and children. Wow! The Lord can take what seems small and little to us and use it to impact lives for good.

Another example equally powerful in showing what could happen to what is in our hands is seen in the story about a woman with a little jar of oil. A certain woman went to Elisha crying in desperation because creditors were coming to collect her sons to pay debts owed after her husband’s death. Elisha asked her, “What shall I do for you? Tell me, what do you have in your house? And she said…nothing but a jar of oil” (2 Kings 4:1-7). Once she followed Elisha’s instructions, “Go, borrow vessels from everywhere, from all your neighbors—empty vessels, do not gather just a few” (2 Kings 4:3), the miracle of multiplication began. The oil increased as she filled each vessel until there were no more vessels to fill. When she told Elisha what happened, he said, “Go, sell the oil and pay your debt; and you and your sons live on the rest” (2 Kings 4:7).

The Bible is filled with similar stories of miracles of little, small things making a big impact once the Lord blessed what was surrendered to him. I hope and pray that everyone who reads this, my last Connections, would give the Lord what is in your hand and trust him to use it to further his plan for your life. Do not despise the little things by comparing or questioning your worth based on what you think is not enough to have great impact. Let the Lord Jesus determine the impact, just give him what is in your hands.

Do not do as the one given one talent and bury it. Use what you have to glorify the Lord, our God and watch him multiply it. He will Wow you as I have witnessed Him doing in my life. No excuses now! We all have been given something, a gift to pass on to edify others; “Each one of us grace was given…When He ascended on high, He led captivity captive and gave gifts to men (added, women)” (Eph. 4:7-8). Be faithful to use what is in your hand, that which seems as small as Moses’ rod, five fish and two loaves of bread or a jar of oil. God will transform and increase what you surrender to him that you may walk worthy of your calling. Ask yourself, “What is in my hand that God can advance his kingdom during this new season of my life?” Take the little you have and be extraordinary for the Lord. 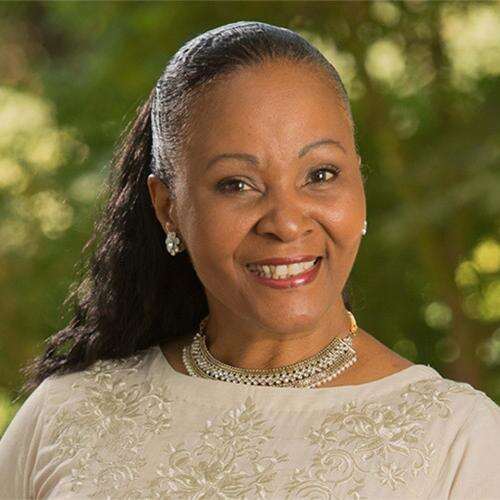