A Challenging Future, a Tested idea 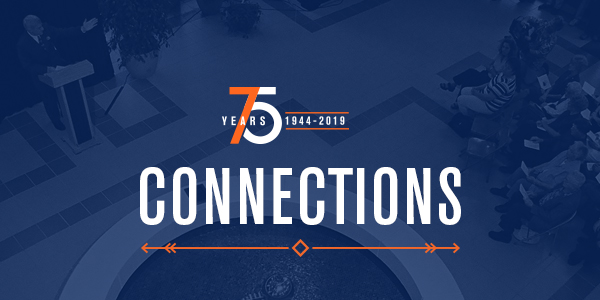 A Challenging Future, a Tested idea

I’ve watched higher education evolve throughout a career that included teaching, research and administration in four universities. Once considered a public good, many now see it as personal benefit. If you profit from a college education, you—not society—should pay for it. That has enabled many states to defund their public universities. Similarly, few denominations still provide direct financial support to the colleges they founded. Critics complain higher education has become liberal, elitist and disengaged from the lives of ordinary people.

Shifting the cost of education from society to students and their families has left many with crushing debt. In my day, Tabor College classmates earned enough on summer harvest or construction crews to pay for the next school year. No more.

Higher education was once seen as the key to social mobility. Holstein cows made college possible for me—and convinced me to stay long enough that I’d never have to milk another! High school students today are split on whether college is worth the cost despite research clearly showing that degrees foster personal growth, facilitate intellectual development and increase economic opportunities. Graduates make more money than non-graduates, hold their jobs longer and find new positions more quickly during economic upheavals. They also develop higher-level skills to better serve churches, communities and society.

Where people once studied the liberal arts to develop critical thinking and broaden their world views, many now see college as vocational training. Parents often asked me, “For what job will my student qualify with an FPU degree? How much money will she/he make?” Politicians who evaluate higher education in cost-benefit terms have popularized this view. This has led to devastating cuts in the arts and humanities, where critical thinking, communication and interpersonal skills are developed. Meanwhile, some parents and church leaders complained to me that studying the liberal arts turned their vulnerable, evangelical children into political progressives. They expected us to tell students what to think (like they do), not how to think.

Arriving at Fresno Pacific, I found the university already doing these things. I discovered the reason in the Fresno Pacific Idea.

The document affirms that FPU would be an unequivocally Christian learning community that speaks into the culture with a prophetic voice. The university would be firmly grounded in the liberal arts, foster mentoring, create learning networks, welcome divergent views and embrace open debate. Less obviously, the Idea also provided freedom to innovate and respond to new challenges. We owe an enormous debt of gratitude to John E. Toews, Ph.D., for his prescience in drafting the original Idea, and to Dalton Reimer, Ph.D., who critiqued and helped refine it. It only mattered, however, because President Arthur Wiebe, Ph.D., had the vision and courage to turn these lofty ideals into action.

I stand in awe.

What brought Fresno Pacific to this point won’t necessarily take it to the next level. Healthy, vibrant institutions are self-renewing. They recognize threats early, anticipate new opportunities and then act boldly.

These are trying times in higher education. Let me highlight two (of many) challenges facing Christian universities. First, the crushing load of student debt and rising costs of college are threatening institutions that depend on tuition. FPU has survived—even thrived—because of timely (and usually difficult) decisions to “Broaden the Base” (the 1980s), attract non-traditional learners through professional development and degree completion (the 1990s) and establish permanent regional centers and online learning (the 2000s).

The Idea provided a compelling rationale for expanding the university’s Christian voice throughout the region. The board’s decision to “Broaden the Base” acknowledged that Pacific needed more than Mennonite students to survive. President Edmund Janzen framed the strategy and President Richard Kriegbaum, Ph.D., made it happen. Make no mistake, FPU would not exist today without that. As these new students came—from other Christian traditions and no faith at all—the university became more visible in the Valley. They not only earned degrees, but many also met Jesus and moved on to become business leaders, master teachers, school administrators, pastors, coaches and executives. They are now transforming their churches and communities.

Looking back, FPU transformed itself when facing economic challenges. It will do so again when it faces new threats and evaluates new opportunities. The future belongs to the nimble, savvy and shrewd.

I’m more concerned about the second threat to our Christian universities, this one coming from inside the church family. We have cultural warriors within the faith community who feel threatened by the values embedded in the Fresno Pacific Idea—open inquiry, critical thinking and readiness to examine basic assumptions. I struggle when Christian brothers and sisters withdraw their financial support, publicly criticize the university (or its faculty) or direct students elsewhere. Civic and business leaders often told me they considered FPU a “lighthouse,” “a beacon of hope” and a “source of values flowing out into the Valley.” This God-given position is jeopardized every time people in the family turn on the university over some disagreement. The values espoused in the Idea must be protected at all costs for FPU to remain a vibrant, prophetic Christian university.

Before I became president, Paul Toews, Ph.D., professor of history, told me the university had survived over the years by “living by its wits.” Indeed. If it doesn’t remain nimble and bold, it won’t survive the economic volatility to come. If we don’t protect the core values embedded in the Idea, that won’t matter.