When Moses’ spies returned from Canaan, they concluded their report by marveling at how large and imposing the people they observed were. “We even saw the Nephilim there. To ourselves we seemed as grasshoppers, and we must have seemed the same to them.” (Numbers 13:33) As the spies shared their observations, many of the Israelites began to lose heart and yearn for the good old days of slavery and bondage. The Israelites even got so far as to desire a new leader, one who could lead them back across the Red Sea and return them to Egypt.

This moment in the Israelites’ Promised Land sojourn is so intriguing. Many of those present for the spies’ reports would have had personal memories of what it was like to toil in the brick-making pits. Some likely still bore the scars from the lashes reigned down upon them by the whips of Pharaoh’s task-masters. Surely many of those present would have seen for themselves the wonders and plagues that shocked the Egyptian leadership into freeing the Israelites. Making bricks with no straw, living with the task-master’s scars and witnessing the supernatural works of God were not the well-embellished stories of elders told around a smoky campfire, nor were they the stories of a cousin’s friend who knew a guy who heard one time…. Rather, many of the Israelites present that day would have experienced God’s provision directly and recently. So why would the Israelites fear a people much less daunting that those they had already been freed from? Why would they yearn for captivity and bondage rather than embrace the promises of God?

Part of what the Israelites were experiencing can be described via the psychological phenomenon “being a prisoner of the moment.” In the minds of many of the Israelites, their current dilemma/hardship superseded the truths they had experienced firsthand. Fear of the present was clouding their ability to remember the past. Those looking in from the outside often marvel at this. It is easy to wonder how in the world someone who had seen the Red Sea parted could ever doubt in God’s power and provision. How could all that they had seen, experienced and been rescued from come to mean so little to them?

There is an answer to the questions above. Take a moment and compare the responses of Moses and Aaron with those of the Israelites. Moses’ and Aaron’s response to troubling news is profound. They prostrate themselves before God and renew their reliance upon him. The Israelites, on the other hand, seek new leadership and map out their return to Egypt. In essence, the Israelites give up on the Promised Land and the promises of God. Moses and Aaron focus on who they know God to be rather than on the current situation. They say “no” to being prisoners of the moment. Instead, they take time to remind themselves who God is, who he has been in their lives and who he promises to be in the future. As they worship, as they draw upon their experiences with God, their strength and convictions are renewed. As Moses and Aaron worship, God works amidst their circumstances. As they worship, others are reminded of who God is and are inspired to see Canaan as a promise rather than a problem.

Worship matters. When Moses and Aaron prioritize worship, their spirits are renewed, their circumstances shift and others are inspired. Moses’ and Aaron’s choice to worship amidst challenge was compelling in both the eyes of God and man. Their choice to worship helped foster God’s work in the lives of his people. Reliance on God, demonstrated via worship, renewed Moses’ and Aaron’s commitments, altered the Israelites’ future and inspired others towards greater devotion to God. 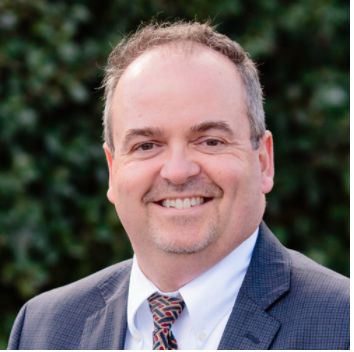