In the world of college athletics, much of what goes on takes place in the public eye. Student-athletes perform in front of crowds, the results of games are reported in the media and the community takes a keen interest in how “their” teams perform. Here at FPU, however, athletics means so much more than what happens on the court, on the track, on the field or in the pool.

This past Saturday, December 9, Pacific West Conference Commissioner Bob Hogue was on the main campus to present our department with the Make-A-Wish Award, honoring our Student-Athlete Advisory Committee (SAAC) for its contributions to fundraising efforts that benefit terminally ill children. It is the fourth consecutive year that our athletics department has received a regional award for either community service or philanthropic efforts. Unlike the championships we compete for in our 14 sports, these awards weren’t something we set out to win. Rather, they are an extension of who we are as an institution as we seek to fully embrace the “Engaging the Cultures and Serving the Cities” mindset.

While it’s important for our student-athletes and coaches to compete to the best of their abilities (Recent examples include our women’s soccer and men’s and women’s cross country teams posting their highest conference finishes and our women’s swimming and diving team being ranked #1 in the nation at the NCAA Division II level) and “run as if to win the prize” (1 Cor. 9:24), it is just one piece of what we’re trying to accomplish. We want to be a positive reflection of the university on the field of play, but it’s also our desire to positively reflect the heart of our campus in less visible, but equally important ways. This includes giving back to a community in need.

While the historical success of Sunbird athletics is well documented, many people aren’t aware that FPU student-athletes give back approximately 2,000 hours per year to their community. Our department has longstanding partnerships with the Make-A-Wish Foundation, Special Olympics, Toys for Tots, as well as many local non-profits. This past year, our teams worked with Valley Children’s Hospital, Fresno Rescue Mission, Community Food Bank, Poverello House, CASA of Fresno & Madera Counties, Butler Church and the MCC Sale among others. They also spent quite a bit of time at local elementary schools putting on clinics for children or serving as guest speakers to talk about the importance of education, nutrition and a healthy lifestyle.

For the past four years we’ve also hosted an annual community event called Sunbird Sports Day, inviting more than 200 elementary-aged children from the most impoverished communities in Fresno to campus for a fun-filled day of games and activities. For the vast majority of these children, it is their first time setting foot on a college campus. Each summer, hundreds of children also participate in athletics summer camps, providing many young people and their families a window into FPU for the first time.

Our hope is that more and more people would see Fresno Pacific University as a place that cares deeply about the Central Valley. Whether it’s in the athletic or community realms, we are proud to represent Fresno Pacific to the outside world. 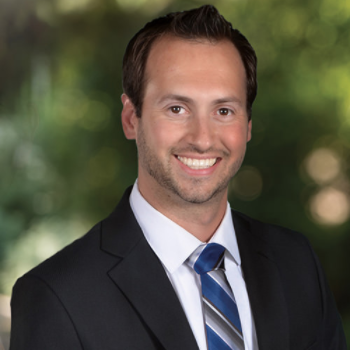