Teaching from the “Right Side” of History

Teaching from the “Right Side” of History

I grew up in a Pentecostal home, and my parents were deeply committed, Christian people. I grew up with the sense that the most important part of my faith was my personal salvation and the most important part of my salvation was going to heaven. “Now I lay me down to sleep; I pray the Lord my soul to keep” was my first prayer. What happened in this world was important only insofar as it prepared me for the world to come, where I would “rule and reign with Christ.” In our ecclesiological tradition, working for anything other than eternal life was something of a lesser pursuit. History was not as important as eschatology.

It was not until I became more “mature” in my faith that I learned there are other ways of looking at Christian life. Interactions with theologians such as George Eldon Ladd, N.T. Wright and others began to open another way of seeing faith. It came as something of a surprise to me to learn that Christianity has its roots in historical events and those events created a dynamic that is still being lived out today.

Wright suggests that part of the difficulty modern Christians have in understanding the importance of this world is that we skip over the life of Christ. The Apostle’s Creed passes over Christ’s ministry, moving quickly from “born of the Virgin Mary” to “suffered under Pontius Pilot, crucified, died and was buried.” But it was the nature of Christ’s work that laid the foundation for the disciples’ witness. The disciples had encountered someone unlike anyone they had ever met, and it changed them forever.

I was at a party recently and was listening to a newlywed talk about her husband. She went on and on extolling his many virtues, asserting that he was “the best man ever.” You could not keep her quiet. This is similar to what happened to the disciples. They truly had met “the best person ever,” someone filled with compassion, mercy and wisdom; no one could “keep them quiet.”

So, the nature of the Christian witness is not just that our sins are forgiven and that we are going to heaven; the Christian witness is that we met “the best person ever” and the nature of that encounter profoundly changed us. We are comforted that we are saved, but we are energized by the call to work with him in extending compassion for the poor, seeking justice and proclaiming the wisdom of the Gospel message. This dynamic is the foundation of the church and explains its remarkable growth and transformative power wherever the Gospel goes.

Teaching on the right side of history

There is a statement made by many public officials today, asserting that they want to be on the “right side of history.” By this, they affirm that they want to be in line with historical forces that are at work on any particular topic. The assumption is that history has a trajectory, an inevitability, an arc that bends toward values like justice and equity.

When I lived in South Africa, some there had a slightly different way of expressing this same sentiment. The wrong side of history, the side of history that contains the seeds of its own destruction, contains those structures and processes that do not release the human spirit, do not nurture that spirit and make it whole. They ended up collapsing under the weight of their internal contradictions as the people who suffered under these systems eventually work to throw them off. The kingdom of God, on the other hand, is likened to a small seed that, under the right conditions blossoms into a substantial plant. That seed may come from and be traced to a singular moment. That small, seemingly insignificant moment initiates a movement in space and time and a dynamic that stretches forever outward.

So, as educators, we propose to teach on the right side of history, in line with those forces of liberation and freedom that began in the life of Christ and that motivated and inspired the disciples, who wrote of their experiences, witnessing to what they saw. It is a dynamic that is still in the world today. As educators, we are in line with the “right side of history” when we align our pedagogy and our student learning outcomes with those virtues and values that Christ evidenced in his life! 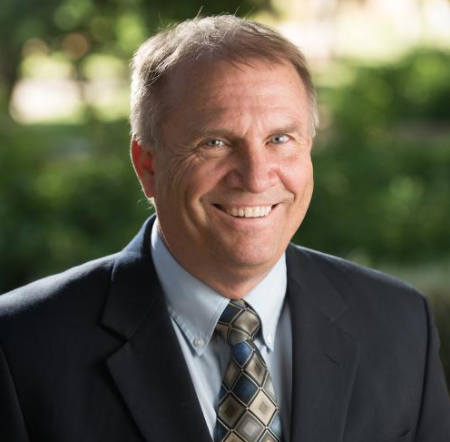