FPU Board of Trustees Looks to the Future with Joseph Jones

FPU Board of Trustees Looks to the Future with Joseph Jones

This past week the board had its very first regular meeting with Fresno Pacific University’s new president, Joseph Jones, Ph.D. The meeting featured both “business as usual” and discussions of a very promising nature regarding future possibilities at FPU. I reported to the board that “Dr. Joe” has settled in quite quickly and has capably demonstrated a grasp and depth of understanding of the administrative and leadership issues demanded of a university president. He has been very busy on and off campus as well, making a number of key connections with community and educational leaders. President Jones has a compelling vision of the even greater impact Fresno Pacific can have in the region and beyond.

The board handled a number of routine matters, but some of them are noteworthy. First, in June the board approved the BSN program subject to further review of the proposal. In our October meeting the Business and Finance Committee reported that after further review the initial proposal was determined to be sound, and was probably the most comprehensive and thorough proposal of any new program that the board has seen. Kudos to all who worked on that proposal! On another note the provost reported that work is being carried forward on a general faculty-load policy, which should be ready for board consideration in June 2018. The board ratified the 2018-19 tuition, and special note was made regarding the hard work on the part of faculty and others to achieve the spring 2017 budget cuts. The board is very appreciative of the hard work and challenging decisions that went into that process.

The board also addressed some governance matters, providing clarity and direction regarding the make-up, function and distinctive roles of the Seminary Advisory Council and the Seminary Committee of the Board of Trustees. The advisory council acts as a sounding board and provides non-binding advice and creative input for the seminary administration, as well as advocating for the seminary in community and church relationships. On the other hand, the Seminary Committee is a standing committee of the board with governance and policy-making responsibility. The Seminary Committee studies and recommends policies to the board to help the seminary flourish and support the mission of the university. These distinctions between the two bodies are intended to more clearly and effectively support the governance and administrative functions of the seminary as an integral part of the university.

On Saturday the board participated in the inauguration of Joseph Jones as the thirteenth president of Fresno Pacific University. As chair of the board, I had the great honor of delivering the charge to the president as well presenting the presidential medallion. In my speech, I gave the following charge to President Jones: “I charge you to always remember the words of the Apostle Paul when he said, ‘For no man can lay a foundation other than the one which is laid, which is Jesus Christ’ (I Corinthians 3:13). Dr. Jones, as our President your highest responsibility is to never, ever, compromise the mission of Fresno Pacific to be a distinctly Christian university, founded on Christ and holding to the authority of the Bible over all matters of life and faith. You are called to lead us in serving a diverse community of learners pursuing an examined understanding of God, self and the world, unifying theory and practice.”

In addition to the charge to the president, I also charged the entire campus community to “remember to treat your president and one another with the same measure of grace which you have received from your Heavenly Father. In so doing, we strengthen our identity as a prophetic community offering hope and restoration to a broken world.”

The board of trustees will continue to monitor and support a number of strategic issues, including continued focus on online education and academic innovation, developing additional creative on-ramps for new students, expanding our donor base and building the endowment as well as connecting the university with the community as an indispensable resource. In doing so, our goal is to continue to fulfill the mission of FPU to further the kingdom of God through Christian higher education. 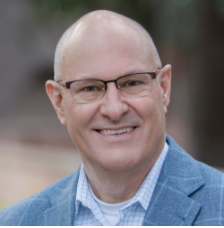